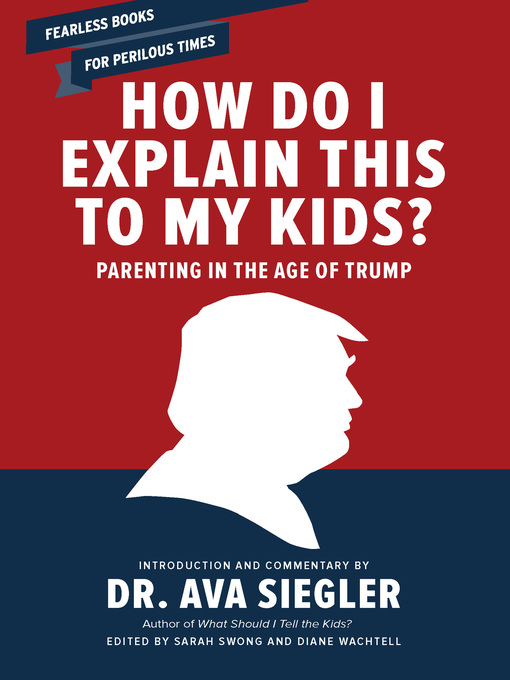 The day after the 2016 presidential election, filmmaker Carlos Sandoval found Ku Klux Klan fliers on the seats of the Long Island Railroad and recounts how his Cuban American niece Lexi's world was "shattered" by the election—she is one of thousands of children wondering if they will be deported or denied benefits under the Trump administration. Other children are taunted on the playground, have their head scarves ripped off, or are left to wonder, "Does Donald Trump not like brown boys like me?" And girls everywhere are devastated that a crass and bigoted bully was elected over the woman poised to become America's first female president.

In the wake of the election, even the most thoughtful and progressive parents across the country found themselves at a loss for words. Borrowing its title from the memorable election night question posed by Van Jones, How Do I Explain This to My Kids? brings together moving first-person accounts by parents including novelist Mira Jacob, Pulitzer Prize winner Viet Thanh Nguyen, scholar Robin D.G. Kelley, New York Times blogger Nicole Chung, and others, who recount their best efforts to parent effectively in the current climate. The second half of the book features advice from leading child psychologist Ava Siegler, whose bestselling book What Should I Tell the Kids? established her as an authority on talking to children about difficult topics. From racism and homophobia to anti-Semitism, lying, sexism, and bullying, Dr. Siegler provides concrete advice for parents of kids of all ages—grade schoolers, preteens, adolescents, and young adults—for helping their children navigate a complicated, difficult time.