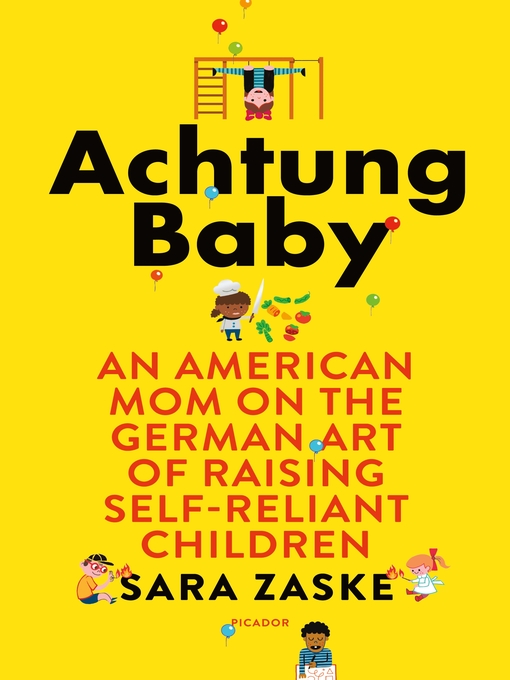 When Sara Zaske moved from Oregon to Berlin with her husband and toddler, she knew the transition would be challenging, especially when she became pregnant withher second child. She was surprised to discover that German parents give theirchildren a great deal of freedom—much more than Americans. In Berlin, kids walk to school by themselves, ride the subway alone, cut food with sharp knives, and even play with fire. German parents did not share her fears, and their children were thriving. Was she doing the opposite of what she intended, which was toraise capable children? Why was parenting culture so different in the States?

Through her own family's often funny experiences as well asinterviews with other parents, teachers, and experts, Zaske shares the many unexpected parenting lessons she learned from living in Germany. Achtung Baby reveals that today's Germans know something that American parents don't (or have perhaps forgotten) about raising kids with "selbstandigkeit" (self-reliance),and provides practical examples American parents can use to give their own children the freedom they need to grow into responsible, independent adults.